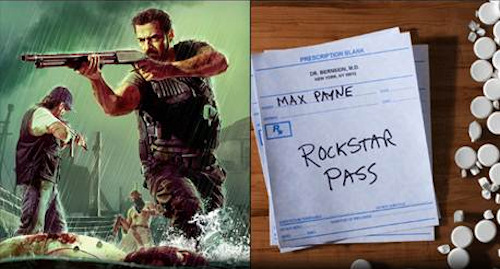 Nine years after Max Payne 2, the iconic character is coming back sans the scowl.  Rockstar Games is releasing Max Payne 3 next week on the 360, PS3 and PC and with it comes the first time the series features multiplayer.  Like the last big Rockstar game, Red Dead Redemption, it appears Max Payne 3 will be adding a co-op mode via DLC shortly after release.

The co-op mode is called New York Minute and it is set for a summer release.  In the original Max Payne games, New York Minute was the name of the hardest difficulty mode in which time played a big part in how well you did.  Could this be a hint as to how the co-op mode will work?  There's no other details available as of now - including how many players will be supported in co-op.

The news of a co-op mode comes as part of a general multiplayer DLC announcement which showcases 6 content packs that are planned for the game.  Most of these are premium pieces of DLC, but like many other games, Rockstar is offering a season pass which will save you 35% off the price if you bought each piece individually.  The cost for May Payne 3's season pass is $29.99.

Max Payne 3 is out on May 15th, we'll bring you more details of the cooperative mode as soon as we have it.