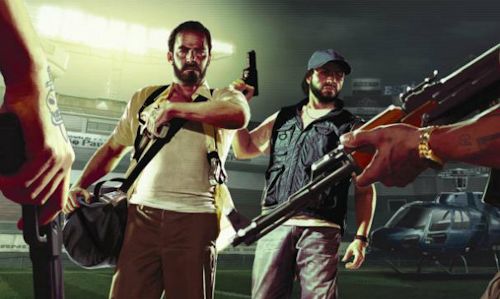 Max Payne 3's upcoming downloadable content has been reduced from five packs to three.  That's not to say there's now less content, but each pack has been combined with others to contain more value for the $10 price tag.  We've been waiting with bated breath for the announced co-op DLC since the game was released back in May, but so far, it's alluded us.  Now it seems we finally have a date.  The co-op pack will be released as part of the Deathmatch Made in Heaven pack, which releases this October.

We've reached out to Rockstar Games to try to pry some details about the content from them, but so far they haven't provided the crucial components.  There's no idea how many players will be supported, what types of missions will be available, or...well just about anything.  The co-op pack was originally supposed to be released this summer.

You can read our single player review of Max Payne 3 right here, in our Beyond Co-Op reviews.  Max Payne 3 is available on PC, 360, and PS3.