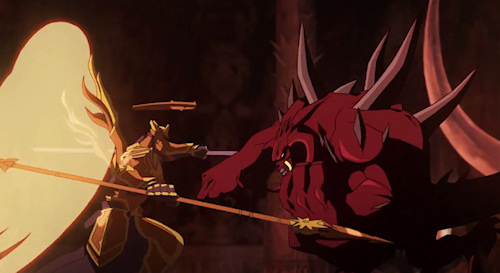 Blizzard have released a new animated short which sets up part of the story for Diablo 3, which, in case you didn't know - comes out NEXT WEEK.  Long before the creation of Sanctuary, the Eternal Conflict between angels and demons raged on for untold millennia, this 7 minute video tells that story.  The short was created in part by Peter Chung, of Aeon Flux fame.

I'll let the short movie speak for itself.