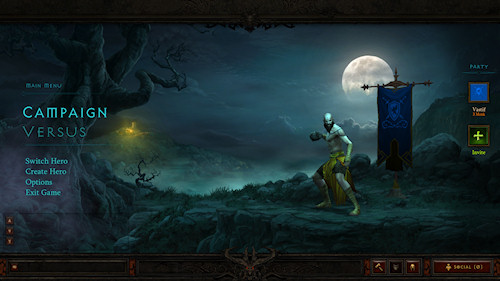 Blizzard has sent out a limited number of beta invites this evening for Diablo 3.  It seems mostly press, media and a select few of lucky individuals got the invites, but this is the beginning of the game's beta ramp up.  Over time Blizzard will surely open it up for more players.  The beta used an installer similar to World of Warcraft: Cataclysm and allowed us to play after installing around 700MB of the almost 2GB total installation.  From the little we played we learned there's full four player campaign co-op play with Battle.net support for friends.

We'll be bringing you our impressions of the beta of Diablo 3 later this week.  For now...just keep refreshing those inboxes!