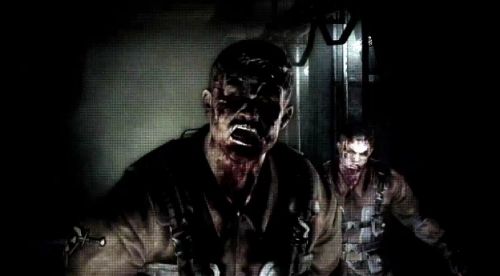 Resident Evil: Operation Raccoon City was not a good game. I covered the clumsy controls, poor story, and wasted setting in our Co-Op Review. Despite its faults I find myself drawn to the title. Maybe I hope that it will  somehow get better, even though I've already experienced the game in its entirety. New Spec Ops DLC launched yesterday, and I don't know if I can convince myself to take the plunge.

I played the free Special Ops mission that came out last week, and it was more of the same. The grabby cover system is still a hindrance, melee attacks continue to have bizarre hit detection, and enemy soldiers still shrug off clean head shots. A frustrating boss battle capped it all off. I didn't mind slugging through a free mission, but this next batch comes with a price tag.

The new Spec Ops DLC will include the second, third, and fourth story missions of the "good guy" Echo Six team. It will cost $10, or 800 MSP.  Casual teams of four should be able to blast through all three missions in about 90 minutes. While the areas are somewhat new, the missions will be familiar to anyone who has played through the Umbrella Security Service campaign:

Following intelligence from Jill Valentine, Echo Six elite squad continue the hunt for the crucial evidence that will prove Umbrella's guilt in the Raccoon City outbreak. The chaos that has overtaken the city means a brutal battle for survival. Every squad member must bring their specialist skills to the fight to ensure the mission succeeds. The missions take you across the city. First to City Hall and deadly USS sniper squads; then to Umbrella's secret underground facility and a brutal encounter with the Nemesis; finally through the city sewers and a desperate rescue mission and escape from G-Birkin.

I've played with quite a few different people, and I'd say about a third of them really enjoy this game, despite its flaws. If you liked the retail game you should enjoy the new content. I think I may pass on this one.

Resident Evil: Operation Raccoon City supports four player online co-op. It is available on the Xbox 360 and PlayStation 3. It will launch on the PC on May 18th.