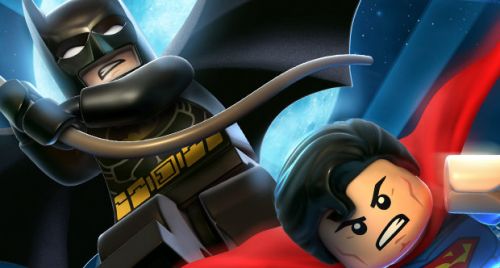 Warner Bros Studios has revealed some exclusive pictures for LEGO Batman 2: DC Super Heroes, showing off some of the comic book titans we all know and love from an artistic Arkham City perspective.

It is obvious that the inspiration for these pictures came from the same theme of Batman: Arkham City’s box-art, and for a good reason. With only about a month away from release, LEGO Batman 2: DC Super Heroes is aiming to make the super hero video game genre’s reputation strengthen, so why not try emulating a game of great success? Featured below, we have super villain Bane ready to break Robin's spine, arch-villain Lex Luthor boasting some green Kryptonite, Green Lantern doing his “green” thing, Superman in all his glory, Wonderwoman taking down a baddie with her “Lasso of Truth”, and Batman looking like a true LEGO version of Arkham City. Unfortunately, we aren’t given every hero that will be showing up in LEGO Batman 2.

In the latest edition of Gameinformer (Issue #230, pgs. 64-65), it talks about other DC heroes making an appearance in the game, such as Cyborg, Flash, Aquaman, and other major villains such as Sinestro. How the new characters will effect the overall 2 player co-op gameplay is still unclear, but what we have read about them so far seems promising.

Featured in Gameinformer magazine, from Left to Right: Flash, Aquaman, Sinestro, and Cyborg

For instance, Flash will be one of the fastest and strongest characters to play as in all of the LEGO video game franchise. Whether his speedy abilities makes him a broken character (because he’ll be able to pick up most of the LEGO studs before his non-Flash partner probably can), we’ll just have to wait and see.