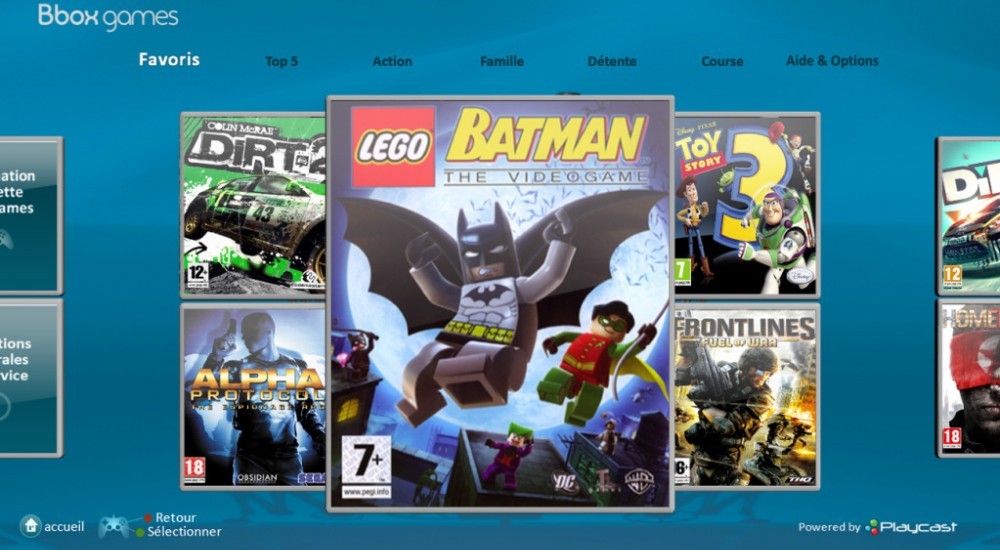 OUYA owners may have noticed some interesting games in the store this week. Through a beta program with cloud gaming company Playcast Media, LEGO Batman 2: DC Super Heroes and Splinter Cell: Conviction are available to play completely free right now on OUYA boxes.

Rather than running directly on OUYA, the titles stream over the cloud. During my trial, I was able to play LEGO Batman 2 in 720p and experienced zero noticeable lag or delay. “In this beta, we will be employing for the first time the power of a public cloud system,” said Guy de Beer, CEO of Playcast Media. “Initial results have been very encouraging, and we hope to expand the program soon.”

We should note that certain features of games might be unavailable during the beta. For instance, in LEGO Batman 2 I was unable to access a few options, such as Control Setup, Video Settings, and Effect Settings. I was also unable to turn off subtitles. These are all miniscule in comparison to the full gameplay currently available in the beta program.

Playcast stated they will add more titles to the program in the coming weeks. Current Playcast partners include Electronic Arts, Ubisoft, Konami, Warner Bros, 2K, Namco Bandai, Square Enix, Capcom, Codemasters, Disney, Sega, Atari, THQ, as well as several indie studios. In the screenshots provided, we get a glimpse at some possible titles to come, such as LEGO Harry Potter, F.E.A.R. 2: Project Origin and more.

Eventually, instead of downloading individual games to the OUYA, players will be able to access a specific app. An official launch date and price for the final service has not yet been announced.