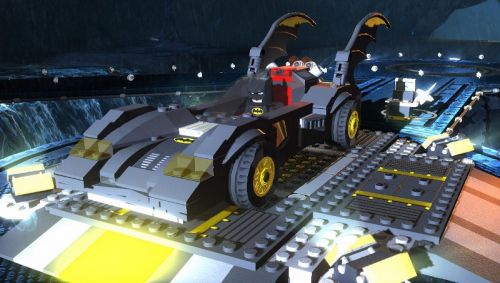 LEGO Batman 2: DC Super Heroes will be different from other LEGO titles. I'll admit, I stopped paying attention to the LEGO games some time ago. I hear they're still great, but I have moved on. This new trailer has piqued my interest.

Unlike previous titles, LB2:DCSH will feature open world gameplay. How open world? We don't know yet. I've played many titles that claim to be "open world" only to end up playing through a series of maps which are loosely connected to each other. (Borderlands and Dark Souls, while both are excellent, come to mind.) If this is truly and open world LEGO game, I'm in. We've got a new trailer as well as plenty of new screenshots showing off the many characters that will be available. Most of the Justice League seems to be present, as well as a murderers' row of iconic villains, for a total of 50 playable characters. Why isn't this game called called "LEGO Justice League," or LEGO DC?" Simple. Batman is cooler than the entire Justice League, and the whole DC Universe, for that matter. Or maybe it's because "The Dark Knight Rises" hits theaters in July. You be the judge.