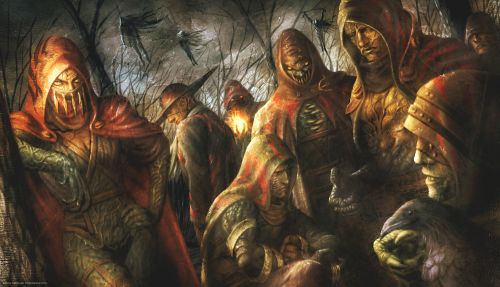 Keiji Inafune's new cooperative PlayStation Vita title, Soul Sacrifice, will be heading to the US next year. The game was originally set for a winter release in Japan, but has since been pushed back to the spring. At the Tokyo Game Show  Inafune said that the game was not technically delayed: they just  "need more time" to finish it. Whatever works.

Soul Sacrifice is a third person dark fantasy adventure that focuses on an interesting spell system. Players are required  to make horrific physical sacrifices to gain arcane powers. Check out the video to see the body transformations characters will undergo to achieve victory.

Soul Sacrifice supports four player online or ad hoc co-op. It is a PlayStation Vita exclusive and should arrive stateside later next year.