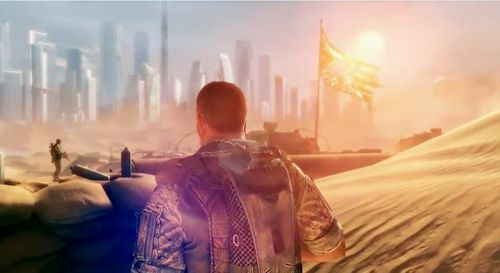 It seems Spec-Ops: The Line is having a hard time trying to decide if it wants to be with the blond co-op in the class.  She's nice and all, but their relationship is on again, off again more often than a shoddy wi-fi connection at an E3 press conference.  2K Games have announced that Spec-Ops the line has re-added a co-op mode, this time in the form of free DLC which will be released shortly after the game.

The co-op mode is an online only affair for two players.

The cooperative bonus content in Spec Ops: The Line features a series of objective-based cooperative multiplayer scenarios set in Dubai after a series of cataclysmic sandstorms have wrecked the city. It includes four fast-paced missions, each with its own unique objectives, environments and playable characters. The two players must work together to fight through waves of enemies and blinding sandstorms to complete their objectives, emphasizing teamwork and utilizing a variety of weapons and explosives.

And there you have it.  Not much else to say.  Spec-Ops is slated to be released later this month on the Xbox 360, PlayStation 3 and PC.