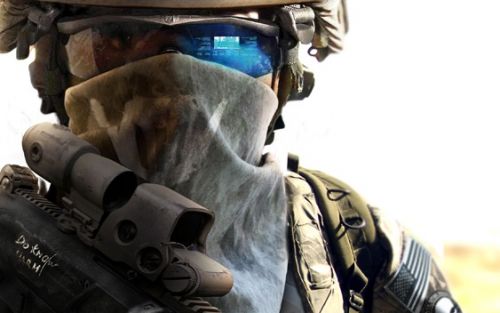 Join the legendary Ghosts
•       In the role of Sergeant John Kozak, fight alongside 3 veteran operators in a character-focused storyline.
•       Play through the game’s campaign in a cooperative mode with up to 3 friends online.

Thrilling & Innovative Multiplayer
•       Online experience created by Red Storm, the studio behind the critically acclaimed GRAW-series MP modes.
•       4 game modes focused on objectives and cooperation.
•       Up to 12 players in 6 VS 6 matches for an  intense online experience.
•       Select from 3 classes (Rifleman, Engineer and Scout) and unlock new gear to battle online across 10 maps.

Guerrilla Mode
•       4 vs. hundreds combat mode, inspired by real-life U.S Army counter-insurgency techniques.
•       Enter, capture and protect a targeted area. Get rewarded then move to the next target.
•       Play cooperatively online with up to 3 friends.
•       Prove you have what it takes to survive against 50 waves of enemies and armored vehicules.

Gunsmith: Create more than 20 million variations with authentic weapons and attachments
•       The Gunsmith customization mode lets you choose from dozens of attachments and components.
•       Replace triggers, barrels, stocks and much more to trick out your weapon and make it your own.
•       Unlock new slots and new weapon parts by spending points earned through character progression.