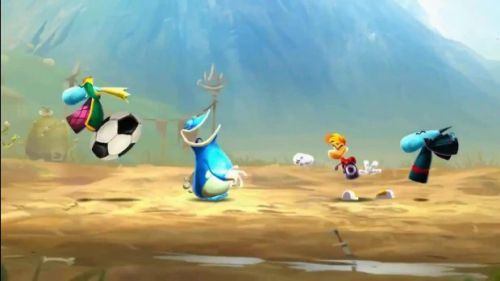 Remember back when Rayman was mainly a PlayStation series? Well, Rayman Legends may be making a comeback to not only the PlayStation 3, but other platforms besides the Wii U.

Rayman Origins did wonderfully for Ubisoft last year, so there’s no reason as to why its sequel, Rayman Legends should be kept on a Nintendo leash. In terms of 2D platforming, the Rayman title is one of the best video games out there, especially for casual co-op gaming. To branch out and capitalize on Rayman Origins' successes, Legends will most likely make it into the hands of all major platforms. Senior game manager, Michael Micholic, elaborated on this at E3:

Well we're not really saying it's a Wii U exclusive, although right now all we're showing is the Wii U [version]… We're looking at a lot of different launch options so we'll keep you guys updated as soon as we know for sure, but right now we're just talking about the Wii U.

Sure, talk about its rumored editions was kept hush-hush, since this could be a big money maker for Ubisoft. However, we would think that making this move would be in their best interests, as well as our own. Fans of the series who don't sway towards Nintendo's side of things will thank Ubisoft greatly for the decision.

It was last week that David Martinez, Engine Architect for Rayman Legends at Ubisoft, indicated its projected release for November. Most likely being added to the launch titles with the Wii U, like Pikmin 3, Rayman Legends will definitely give players some solid choices for games that can show off the power of the new Wii U hardware.