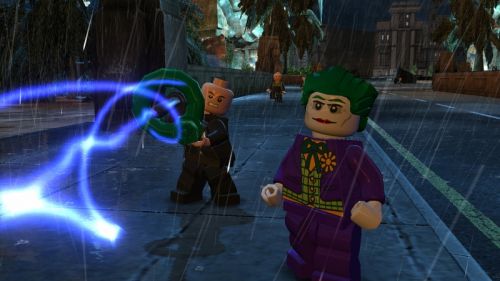 We're halfway through June! That means it's almost 2013, which is officially the future. Just say it aloud "Twenty thirteen." Chills. Where's my damn jetpack?

Brave: The Video Game (360,PS3,Wii) Pixar games have been hit or miss in the past. You can play as Merida or a Will 'O the Wisp.  Uh, dibs on the archer with attitude. You can have the swamp gas. 2 player local co-op

Steel Battalion: Heavy Armor (360) Oh, From Software, how will you guys approach co-op this time? It's a mech game that uses the Kinect motion controller. The demo was... finicky. Team up with other players in Vertical Tanks and blast your enemies to pieces.  4 player online co-op

Civilization V: Gods and Kings (PC) Would you look at that? We already posted a handy Co-Op Review on this hefty expansion. That was nice of us. 6 player online co-op, 6 player local co-op

Magic the Gathering: Duels of the Planeswalkers 2013 (PC,PS3,360) It's a new version of Magic. I'm going to guess mana will be tapped, creatures will be summoned, and the card artwork will be awesome. 2 player local co-op, 2 player online co-op

Here are Amazon's retail releases of the week. Use the links and help support Co-Optimus!

If I missed anything, feel free to add it to the comments section below.