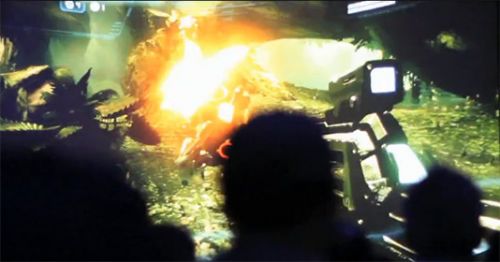 We gave Halo 4 a coveted nomination for Co-Op Game of Show from E3 2012 (seen at 2:23 of the video) and with good reason.  But the team at 343 wasn't so sure they had a hit on their hands as this was the first public unveiling of the game.  Did they change too much?  Would everything go off smoothly?  They've put together a short video which looks at some of the behind the scenes stuff that went into showcasing Microsoft's biggest franchise both at the press conference, on the show floor, and at a special event.

Halo 4 launches on November 6th with a four player online co-op mode called Spartan-Ops.  You can read all about it right here.  The game also features a co-op campaign through the single player story.