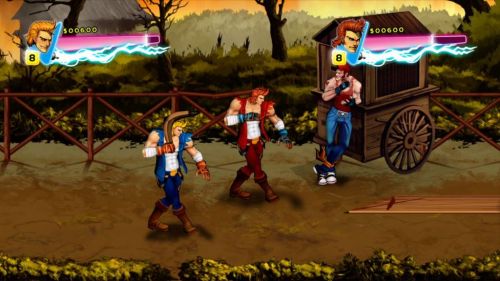 Reverb Games have announced a release date for Double Dragon: Neon for Xbox Live Arcade and PlayStation Network.  The game is set to release on September 11th for $9.99 or 800

.  It'll feature two player local or two player online co-op as players assume the role of the Dragon brothers in a reimagining of the classic game.

We went hands on with the game at E3 and talked with one of the developers (below) and came away with a few goodies - including the term "Bro-Op."  It looks like the 80's are back this September and we'll be there fist bumping our partner the whole way.