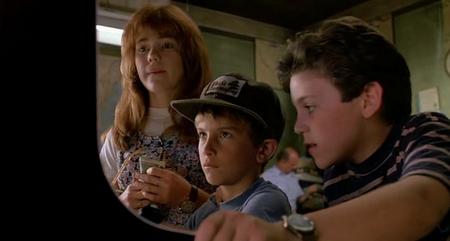 People used to say wizard as an adjective, all by itself, just as we now use the word cool. It's true; I saw it in a movie once. But nowadays calling something wizard would just elicit looks of confusion. "Is he saying that Double Dragon: Neon's Achievements wear long robes and cast magic spells?" they might wonder. But what other noun used as an adjective could be more appropriate for an Achievement list that actually references Fred Savage's 1989 magnum opus film The Wizard? None, I say! As it turns out, pretty much all of Neon's Achievements overflow with the game's tongue-in-cheek style of humor and machismo.

Xbox360Achievements.org has the full Double Dragon: Neon Achievement list. I'll offer my commentary on a select few of them: Here's the Achievement that justifies my opening paragraph, title and description fully quoted from The Wizard.

'Pick a winner!' - Nail all enemies with the hair pick

'Bromerang' - Catch a boomerang thrown by your bro!

'Are You Awake?' - Win an airlock battle without attacking

'Later Ro-bros!' - Beat every level as a Ro-bro

The Xbox Live Arcade version of Double Dragon: Neon features 30 Achievements worth a total of 400 GamerScore. Once the review copy comes in, you can bet I won't rest until I have them all. While this article deals specifically with the XBLA game, you can bet the PSN version will award Trophies for completing the same goals.