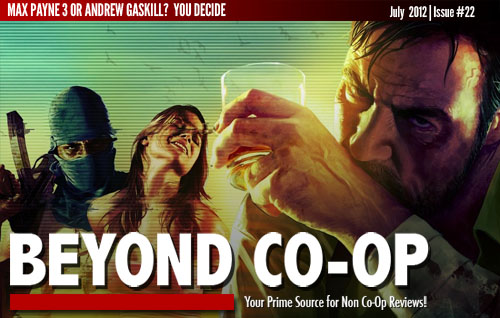 Wow.  It's been three months since we've done a round-up of our Beyond Co-Op Reviews.  For that, we apologize.  It was a pretty busy time up until a few weeks ago, but now we're back with a huge batch of reviews of the latest games that don't necessarily feature co-op play.  Without further ado, here are 8 game reviews for your reading pleasure from our staff.