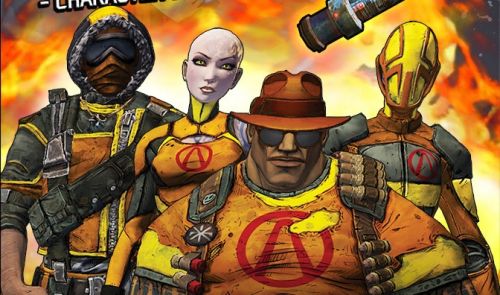 We all know Borderlands 2 will feature an exorbitant amount of loot. On top of all the guns, grenades, shields, and class mods, players will also be able to pick up new skins and heads for further character customization. Who doesn't love interchangeable heads? We've already shown you the heads and skins which will be unlocked if you have original Borderlands save data on your system of choice.Today, we have some new body parts for you to admire.

This new collection will be packaged (digitally, of course) with the two special editions of Borderlands 2. The Deluxe Vault Hunters Collector's Edition and the Ultimate Loot Chest Limited Edition will both feature Axton's Hoth head, Maya's shaved dome, Salvador's badass fedora/shades combo, and whatever the hell is going on with Zer0.

I hope Salvador has a head featuring mirrored aviators, a shaved head, and a full beard. Because that look is so damn sexy. Trust me, I know. By the way, I'm calling zombie heads and skins right now. Call it a gut feeling. Players who by the special editions will also get the "Contraband Sky Rocket Grenade." I have no idea what it does. Maybe it air drops Bill "Mad Dog" Rizer and Lance "Scorpion" Bean onto the battlefield to the tune of "Afternoon Delight." That would be pretty much the greatest thing ever.