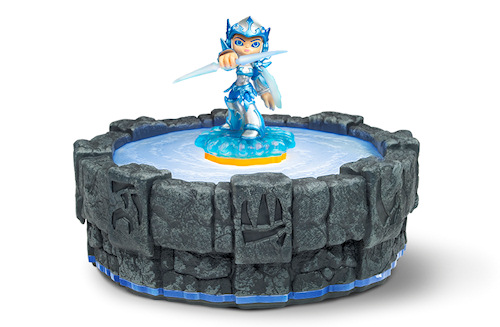 We've got a fresh batch of screens from Gamescom in Germany for Activision and Toys for Bob's upcoming game, Skylanders Giants.  The sequel to last years addictive hit, Skylanders, Giants adds new giant characters to the mix of this two player co-op adventure.  Also new this year are light up figures, called LightCore, which are capable of displaying unique effects in the real world and have added benefit in the game world.

With any peripheral based game like this, one thing always comes to mind when a sequel is out.  Can I use what I bought before or do I have to buy it again?  Activision is offering numerous ways to acquire Skylanders Giants as well as the pricing on the new figures.

All previous Skylanders figures are also forward compatible with this game and any stats, bonus, and items you've acquired will come along with the figures.

Skylanders Giants is out on October 21st on the Xbox 360, PlayStation 3, PC, Nintendo Wii, and Nintendo 3DS with two player co-op.