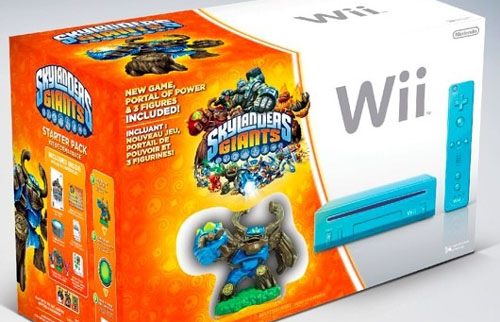 The Wii U is right on the horizon, which for some probably means finally turning in their old Wiis. For others, though, it might mean trying to score some good deals on the old console before it disappears forever. At least, that's Nintendo's thought, because there's two Wii packs due out early November. Happily, they're both local co-op friendly due to the new releases they come bundled with. The two bunddles are the Just Dance 4 bundle (4-player local co-op) for $130 and the Skylanders Giants bundle (2-player local co-op) for $150. These bundles are due to hit the shelves November 4th.