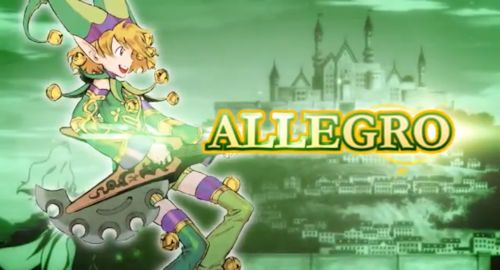 Atlus sends word that the US version of Code of Princess will be hitting the Nintendo 3DS on October 9th, 2012.  The side scrolling RPG / Beat-Em-Up looks really unique and stylish with characters designed by  Kinu Nishimura, character designer from the Street Fighter series.  The music of the game is composed by ACE, responsible for the Xenoblade RPG soundtrack.

Code of Princess will feature four player co-op gameplay with gamers able to take control of various characters, like Allegro, the annoying court jester meets garden gnome like character.  You can see all the characters in the latest trailer put out by Atlus.

Don't forget to check out our E3 hands on impressions.