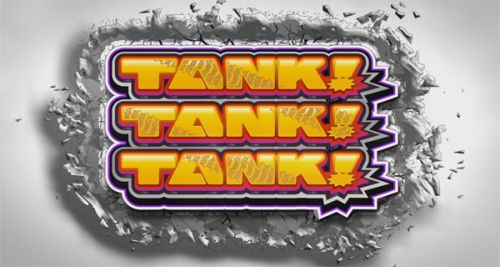 Tanks for the music.  There are fewer more pleasurable things in life than a bad pun about a tank.  If you combine this pun with the ability to play 4 player local co-op and take snaps of yourself, it is even fuller of win.  Tank! Tank! Tank! is an upcoming tank based shooter that will allow you to do just this.

Still on schedule for later this year, Tank! combines one player using the WiiPad and up to three others playing with traditional nunchucks and WiiMotes.  Before starting you will all be able to take a picture of yourselves for 'added' entertainment.

The game has a series of modes including all 4 one and versus, but most importantly co-op:

In Cooperative Play mode, players join forces to exterminate giant Arachnos, take on the Red Dragon, and bring down other giant monsters. Every game that is played becomes unique and unparalleled due to the destructible environment in all game modes.

The below video gives a feel of the frantic gameplay:

Tanks for reading this article, I am very tankful.