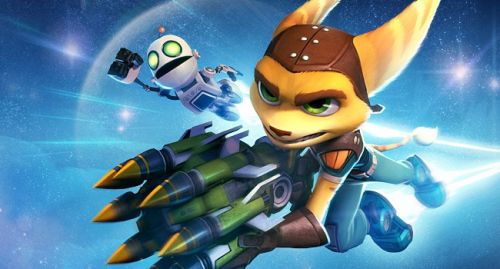 If Assassin's Creed Revelations taught us anything, it's that not all games need tower defence.  Despite one major franchise failing, this has not stopped Insomniac Games from incorporating the gameplay style into their upcoming Ratchet and Clank: Full Frontal Assault (Q-Force in Europe as FF sounds too rude!).  Check out the new trailer and decide for yourself whether defending a tower within a 3rd person game can work.

The latest trailer for Full Frontal suggests that the Tower Defence will fit quite seamlessly into the usual run and gun gameplay of the franchise.  Ratchet defends his base using his normal array of weaponry, but also with some handy turrets - business as usual with only a small twist.

The video also hints at some of the 2 player co-op available in the game as Ratchet and Qwark take on the enemies together.  This PSN exclusive is due out in the autumn, so there is not long until we all get hands on time with the game.  Meanwhile, we will just have to enjoy the trailer: