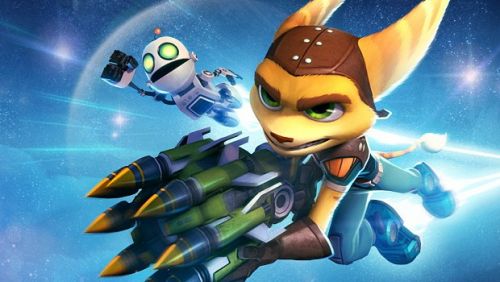 Gamers looking to get their fix of Ratchet & Clank: Full Frontal Assault on their Vita’s will have to wait until next year, but Sony saves face by offering a deal that’s difficult to refuse.

While the portable version of the game may have been delayed until January 27th, the PS3 version (with all of its shine) will still arrive on November 27th as good as ever, so don’t worry about the console version. Or should you? Many thought to use Sony’s Cross-Buy promotion to buy Full Frontal Assault before, seeming like a good idea at the time. It would reward those who also purchased the game on the PS3 as well. However, things have changed for the better in a moment’s notice. According to Sony on their PlayStation Blog, the game still needs more time to polish. A line from Greg Phillips, the SCEA Producer, stated:

In order to provide the best gameplay experience possible, the PS Vita version of Ratchet & Clank: Full Frontal Assault will be coming out in January 2013.

Due to the 2 month delay, Sony has agreed to offer Full Frontal Assault Vita version free through digital download only after purchasing the PS3 version first (sorry, it doesn’t work the other way around). In some ways, this is an even better deal than what was established before. They’ve also said that copies of the Mini-Boss Skin Pack (including previous skins from other Ratchet & Clank titles: three fan favorite skins, Chainblade from Going Commando, and the Two-eyed Tyrhrranoid from Up Your Arsenal) will be given away to those who purchase the PS3 version, adding yet another incentive to opt out and buy the console version instead. Unless you don’t own a PS3, we highly suggest taking full advantage of this opportunity to snag both versions of Ratchet & Clank: Full Frontal Assault for the cost of a single PS3 title. Sony may have let some fans down initially with the delay, but they’ve definitely made up for their Vita tardiness with this hard to pass up deal.