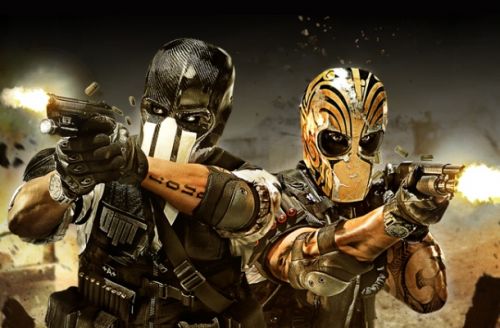 Those of you lucky enough to have gone to Gamescom this year may have had the chance to play the new demo for upcoming 2 player co-op title Army of Two: The Devil's Cartel.  VG24/7 happened across the demo and posted over eleven(ty) minutes of footage for the game and it looks good.

Due out in March 2013, Devil's Cartel will offer more of the same, but with a serious edge.  Not that serious though, as the announced Overkill Mode does not stick to real life conventions.  The below footage does suggest that the franchise will continue to be one of the co-op gems of this generation.