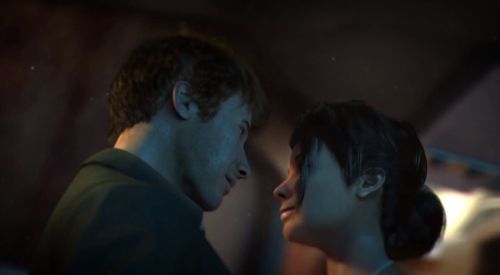 Deep Silver is at it again. The publishers of Dead Island have released a new trailer for the latest installment of the survival horror franchise, Dead Island Riptide. The original Dead Island announcement trailer was one of the best game trailers ever made. It was so good that many gamers were left disappointed with the actual game, which is a shame. It's a great co-op title.

I'll let you form your own impressions of the new Dead Island Riptide trailer:

There you have it. It's not nearly as powerful as the original, but it still captures a lovely feeling of dread and hopelessness. We saw Dead Island Riptide at PAX, and Deep Silver was really pushing their new water effects. The storm that threatened through most of the first game has finally landed, flooding the tropical archipelago. The four original survivors will have to use boats for transportation. They'll also be joined by a new playable character. Co-op survival missions will be integrated into the gameplay, as well. It looks promising, if you were a fan of the original Dead Island. (I was.)

Dead Island Riptide supports four player online co-op. It will launch some time next year on the Xbox 360, PlayStation 3, and PC.