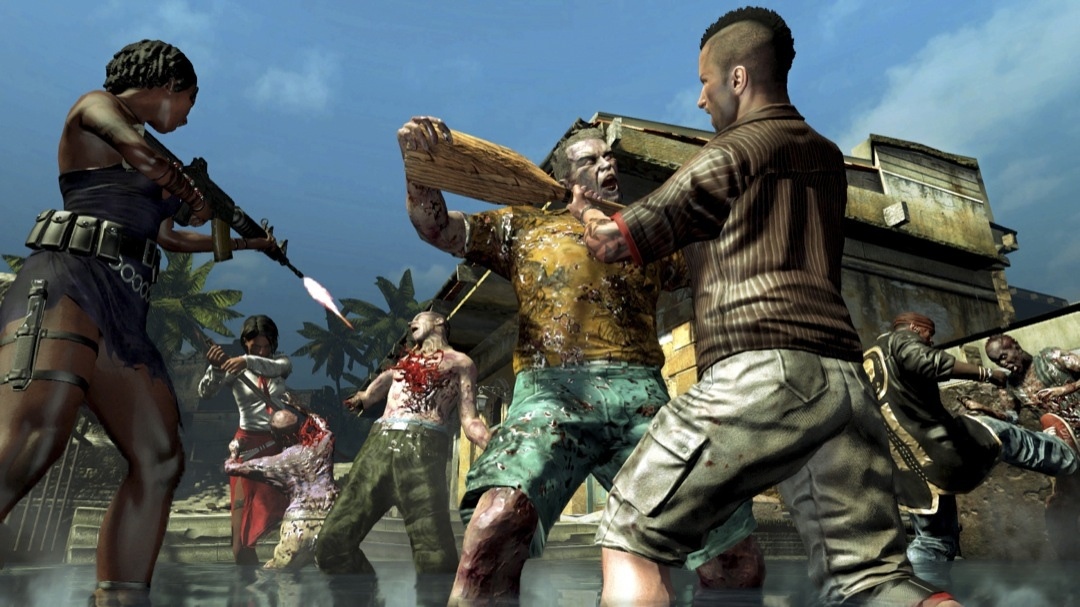 Dead Island: Riptide screenshots aren't exactly in short supply, as we saw a batch themed around the new chef character near the beginning of the month. But series fans demand more pictures of survivors slaughtering the undead, so it would be irresponsible of developer Techland not to dish new pics out. The highlight of this latest array of images is undoubtedly the one pictured above, in which a man with a bad haircut fends off an undead attacker with a boat oar. When the zombies come a-calling, who has time to get a proper haircut?

I don't know about you guys, but I picked up a couple of copies of the original Dead Island for just eight bucks a pop over Black Friday. The sequel isn't due out until April 23rd, 2013, so hopefully I'll have time to complete the first one by then!