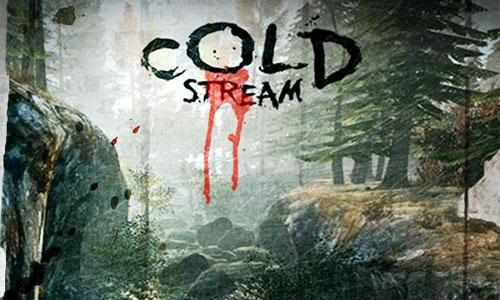 For this week's This Week in Co-Op, Tally and Eric decide to tackle Left 4 Dead 2's new DLC, entitled Cold Stream. It's been awhile since either of them played L4D, it's a new map, and while Eric's a vet at the game, he's never played it on PC before. How will this all turn out?

Tally: I used to play the crap out of Left 4 Dead 2, but it had been at least a year since I fired the old friend up. When Eric said he was interested in trying out the new Cold Stream DLC for our TWIC session, I readily agreed and began to reinstall the game.

After a short mishap of the first server not loading for us, we found ourselves in-game. With a start, I realized that I had played this map before. At least a year ago, a friend had convinced me to try out the beta version of it with him and a couple other friends. I met this revelation with a smile because I was eager to see what kind of changes the makers had made to the map and how this new version compared to the one I’d played ages ago.

According to my memory of the map, significant changes had been made - and all to the better. While I clearly recognized some parts as being very similar to the beta version I played (like the opening when you’re running down the river), others I didn’t recognize at all. I remembered the beta version as having great potential, but this newer incarnation felt nearly as polished as a normal campaign map!

It wasn’t just how the map looked, either. There were confined areas where spitters would inevitably show up, cliffs where boomers would drop down on top of us, and areas with a lot of trees and shrubs where smokers would pull us into. Everything had clearly been well thought out, and it showed. Since we were just playing on normal difficulty, we had time to appreciate such things. On a harder difficulty, I probably would have been cursing these same points! As it stood, though, playing through the DLC was very satisfying and I had a great amount of fun.

Eric: Our staff here at Co-Optimus is so diverse when it comes to gaming. I dug through Tally’s list of games on Xbox Live and Steam and only found about 20 games (out of hundreds) we had in common. But let’s face it, every co-op gamer has Left 4 Dead 2. There it was, on her Steam list, and neither of us had played the new Cold Stream DLC. Pefect!

To be honest, this was my first time playing either Left 4 Dead title on PC. Despite being unfamiliar with the map and controls, I felt right at home gunning down countless zombies. Cold Stream had plenty of them to throw at me too. Tally seems to enjoy melee weapons, so she took point slicing/clobbering anything that reached her. I followed close behind with an assault rifle or dual pistols, and shot around Tally to make sure she didn’t get overwhelmed. The other two AI survivors brought up the rear. I may have shot her a few (dozen) times, but our strategy seemed to work pretty well.

Cold Stream had a few tricks up her sleeve though. There were some tough spots where specials would pop up in just the right conditions for them to divide our group, and eliminate us one by one. Luckily, we only had to reload the last stage once, otherwise we were able to push through after a bit of struggling. The map had that great balance of difficulty that keeps you wanting more. It is challenging enough to make you feel great when you pull through, but not too hard that you feel like smashing your keyboard over your monitor.

Like Tally said, Cold Stream has the same polish we’ve come to expect from the Left 4 Dead series. There’s nothing spectacular here, but it’s more Left 4 Dead, and that’s never a bad thing. Despite some typical PC gaming issues, and being new to the PC version, I had a great time playing through Cold Stream with Tally.