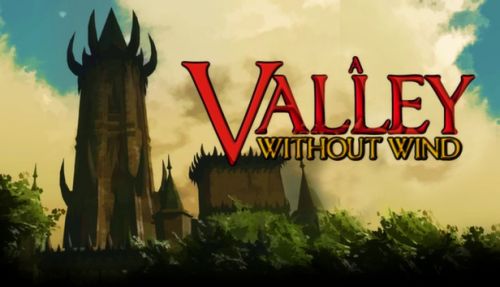 A novel-sized blog post from Arcen games has revealed that they are creating a sequel to the esoteric A Valley Without Wind. There is an extensive list of changes and explanations as to why they are making a sequel, the thought behind their design decisions and why they are making it FREE to customers who purchased the first game.

For those of you who have not had the chance to check out A Valley Without Wind, first go read our co-op review now.  Wasn't that nice? It is a totally novel game that combines elements of many genres, and allowed for 8-player co-op. The developers have been doing a ton of thinking and they are making some significant changes to the original game to make it a more directed experience and less of a sandbox.

Make no mistake, Valley 2 is a true sequel -- it's a lot more different from the first game than many sequels are compared to their original.  There are a lot of changes I've been wanting to make for a while to the game, but these changes were too deep to do without angering players who bought one game and then had us change it on them to that degree.  This way players can keep playing the original in its current state (though we won't be doing much more of anything to update the original game from here on out), and they can also enjoy the awesome sequel for free as well. You can read the full list of changes here. It is a long read, but it is almost a case study in a developer's process of improving on their own game. They outline what worked, what didn't work, and why they want to make all these changes. Definitely worth your life minutes.

It sounds like Arcen learned a ton from the first game and they are going to tighten up almost every gameplay element for the sequel. They are toting the sequel as a 'spiritual successor to ActRaiser with a much deeper city building/strategic component, and with better platforming in a Metroidvania style.' A Valley Without Wind wasn't perfect, and it did some interesting things so we're excited to see what they can do with another chance.