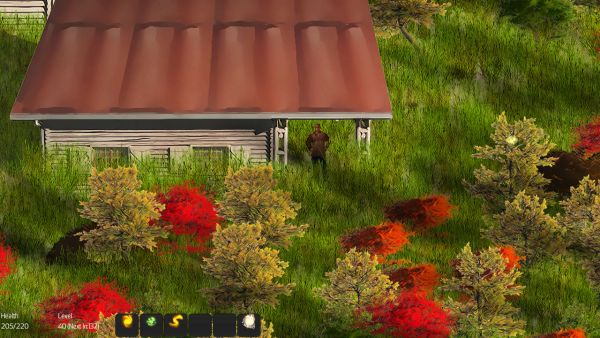 Chris Park of Arcen Games has always been a pleasure to chat with, so it didn't take long for me to email him when we found out that their upcoming game, A Valley Without Wind, would add a co-op mode to get the scoop on its features.   And boy did we get a lot of great info on the game, which right now, plans no real hard cap on the number of co-op players allowed in a game -  though Arcen sees about 16 being the current ideal max.

A Valley Without Wind is set in the distant future after an Ice Age, the world has become unrecognizable to us, but there are many survivors stuck on this new Earth.  Magic has taken form and is the reason that many of these people managed to survive through these tough and isolated times.  The game is an action/adventure title that focuses on survival and death.  I say focuses on death because dying seems to be a natural part of the game, with the game world containing a graveyard of your deceased characters.

The entire game world is procedurally generated and as the early screenshots show, nature seems to play a big part in the world.  Really the screens don't do the game justice - instead you need to watch it in motion.

One thing that becomes clear - the game is about being isolated.  It's about survival and clinging to life.  I asked Chris how this would affect co-op - after all - how isolated could you be with a group of friends?

If you think about, say, the first season of the TV show Lost, that's a good example of having a good number of people all together still feeling extremely isolated.  Even in single-player there are plenty of NPCs around that you'll need to work with in this game, and you'll form settlements with them and such, so it's not all isolation all the time, anyway.  But these are still fringe settlements surrounded by vast tracts of depopulated wilderness, so it will still be very much a wild frontier even once you have some fairly sizable settlements in play.

The Lost reference really hit home, and in a way, made me very excited for this game.  What's interesting here is that each player's game world is their own.  Because of this, each server becomes the players' own world as well.  Currently the plan is to allow people to login on player run servers so there's a bigger over arching persistent world that's shared.  Sounds a bit like an MMORPG, no?  That won't be the only thing that A Valley Without Wind shares with the genre.  Player leveling will come into play as well - but here's the kicker - there's no plan to have a level cap in this game.

Here's what Chris had to say about it:

For any multiplayer game, co-op or pvp, this causes a huge problem, right?  If I've been playing in this world for two years and am level 3568, and you join as level 1, what on earth could we possibly do together?  I think this is why WoW and similar have such low level caps, but even that doesn't really solve the problem because you wind up having new players need to play solo and grind up their character pretty quickly before they can be useful with their friends.  This enforced period of isolation is a pattern I aim  to break.

The solution, in the case of AVWW, is not to have player levels, or even character levels.  As you may have read about the perma-death mechanic for the game, this fits in the first place with having each character's death not be a punishment, but rather an interesting piece of the world's ongoing history and lore.  And thus instead there is a "civilization level" that applies to all players and their characters in the entire game.  If you gain EXP, or I gain EXP, it all goes into the same pot.  When we collectively gain enough, then our joint civ level goes up, and we all get more powerful.  If another friend joins in two years later, and we're level 3568, then so are they, right from the start.  There's no isolated period of catch up. 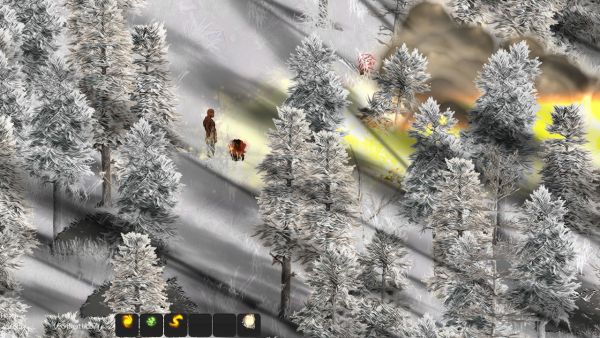 The way it all works out then - the carrot that the players is constantly heading for - is equipment, abilities, and items.  This is what will set yourself apart from your friends, help build the game world and allow some strategy.  It's also a gameplay shift for most - players need to not focus on their character and his or her life so much as they are focused on their world and the characters that come after them.  Building a better tomorrow so to speak.

Overall in this game, there's very little else that is purely specific to you-the-player and even less to you-the-character, since you'll be going through dozens or hundreds of characters that die in your care depending on how much you play.  That sort of overall design fits very well with co-op goals of course, and is part of how we thought of this in the first place.  As an individual or as a group of players, it's all about improving the state of the world itself, and building settlements and relationships of value.  About doing heroic deeds and leaving lasting marks on the landscape.  Characters will come and go, and for that matter so can players on any given server, but the world marches ever onward.

I think its easy to see how this game is going to be very cooperative and - from the sound of things - seems to take a bit of inspiration from Minecraft, though I think there's going to be more of a goal oriented design at play.  It's not so much about building the coolest looking things as it is survival - but as it is with any sort of "open world" game - players will create some amazing things.

But what other benefits are gained from actually playing cooperatively?  Chris once again explains it best.

The core benefit is that there is strength in numbers, and you can delve into more dangerous areas sooner, and thus get better stuff sooner, with more players.  The EXP gain is not going to be less per player when there are multiple players, so if there are two of us we gain levels about twice as fast, depending on what we're doing while we play.  If there are 16 of us, then assuming we're all fighting or exploring or doing other things that gain us EXP, then we're gaining civ levels 16x as fast.  That has its benefits and its drawbacks -- it makes the players more powerful, but the world also will be leveling up at 33% of the rate of the players, so the equipment of the players will be becoming functionally obsolete more quickly, too.  That in turn creates an incentive to stick together, since you'll need those strength of numbers.

And obviously, when there are multiple of you, it's quicker to explore the world if you split up from time to time, and you can all focus on different aspects of the game if you prefer to specialize -- if someone's particularly into settlement-building and crafting, and doesn't want to adventure too much, then they could let the other players do the parts they don't like as much.  Given a lot of the game mechanics that I haven't even touched on here, there's a lot of room for potential specialization if players want to do that.

Finally I asked how the world changes with multiple players.  Would enemies be more difficult?  Would there be more of them?  It seems as of now, no.  Instead having more players allows you to explore areas in the game world that would typically be "too difficult" for you to venture in on your own.  Obviously the more players the you have, the more dangerous of a situation you could be put in.

A Valley Without Wind sounds to be an ambitious project from Arcen Games, part Minecraft - part MMO, AVWW is certainly something we really haven't seen before.  It still early in development,  but its good to see the team wiling to share and discuss so much of the game with us.  Right now there's a planned Alpha version early this Spring - and we'll be sure to bring you impressions once we get our hands on it.

More info can be found on the game's official website.