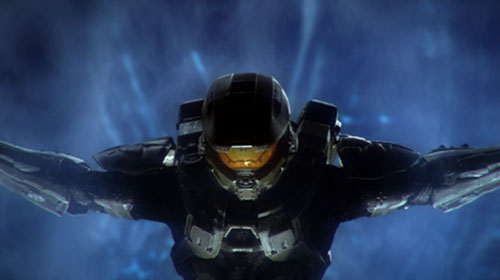 Did you know there's a new Halo game out this Fall?  Halo 4 launches on November 6th and the hype train for this one has been surprisingly quiet.  Or rather, I think we missed a lot of this stuff because we were too busy playing Borderlands 2.  That said,  there's a ton of video content promoting Microsoft's blockbuster out now and there's some more content on the way.

First up is the live action series, Halo: Forward Unto Dawn.  This prequel series is basically a Halo movie, following some USNC recruits as the war with the Covenant heats up.  Check out the 20 minute first part below.

Next up is a "terminal" video for Halo 4.  I imagine this is from content available in the game, but what it shows actually sets up the story a bit.

The video offers never-before-seen insights into the story behind the Covenant’s invasion of Requiem, the mysterious Forerunner world that serves as the backdrop for Master Chief’s epic adventure in “Halo 4.”

Finally in the last bit of news Microsoft have announced a release date for a launch trailer.  If that isn't hype, I don't know what is.  But wait...there's more.   David Fincher (“Fight Club,” “The Social Network,” “The Girl with the Dragon Tattoo”) is serving as executive producer and acclaimed visual effects lead Tim Miller (“Scott Pilgrim vs. the World,” “The Girl with the Dragon Tattoo”) will direct the 2 minute trailer.  Want more hype?  The trailer will premiere on Late Night with Jimmy Fallon on October 18th.  From what we gather this is a live action trailer for the game and it is not comprised of in game footage.

So there you have it, we're 4 weeks away from release and things are really starting to heat up for the Master Chief.  I've got my train tickets right here.