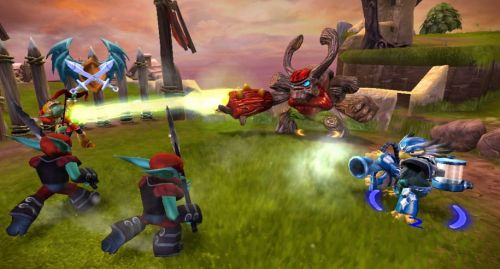 Skylanders Giants (PS3,Wii,PC,360,3DS) If you know anything about plastic toys and gaming, and indeed I do, you'll know that this is one of the year's biggest releases. Huge and large. Giant, even. 2 player local co-op

Cabela's Dangerous Hunts 2013 (360,PS3,Wii) This game features a split screen survival Maneater mode. I'm waiting for the version that let's you fistfight a polar bear, and then let's you play as the bear. 2 player local co-op

Here's a list of the other retail games coming out this week, complete with Amazon links for your purchasing pleasure. If we missed anything, let us know in the comments section.