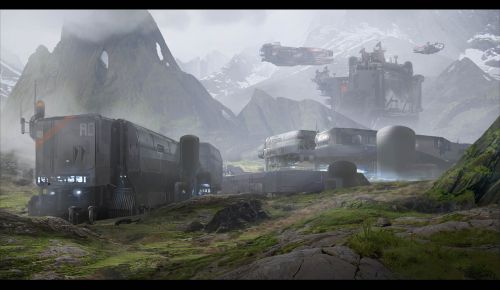 Every triple-A title needs a season pass these days, and now Halo 4 will have its own. Available soon, the Halo 4 War Games Season Pass will give consumers the chance to gain access to all future DLC’s with a one-time purchase.

November 6th can’t come any sooner. Only two weeks until launch, 343 Industries and Microsoft announced in a press release that Halo 4 will be offering much more content over the next coming months post release, and that they would be offering this content through a War Games Season Pass for anyone interested in discounts and preparing ahead of time. Starting at $24.99 (or 2,000 Microsoft Points), the Halo 4 War Games Season Pass will provide gamers the chance to receive over a 15% discount on the entire scheduled DLC lineup (buying every Map Pack separately will obviously cost more). Being separated into three packs, the first DLC pack will arrive in December, followed by February, and finally April. In addition to the DLC’s, the Season Pass owners will also get two in-game helmets, “Scanner” and “Strider”, that feature new geometry, and a special, exclusive emblem, “Falcon”, to wear on their characters. For those purchasing the Halo 4 Limited Edition, this Pass will automatically be included in it.

Here are the names and descriptions of each Map Pack DLC to look forward to in the coming months:

Description: Witness the chaos of a clash of civilizations in Wreckage, with its blend of claustrophobic spaces and dangerous exposures and venture into the human colony environs of Harvest, and explore a human foray on an alien moon in Shatter.

Description: Landfall’s emphasis is on infantry battles against a glittering ocean on a distant world, while Monolith exposes you to the naked vacuum of space – and the firepower of opposing teams, and Skyline’s distinctly industrial feel provides new challenges in somewhat familiar, but occasionally confined spaces.

Description: Daybreak is set in a military facility against the backdrop of an idyllic mountain range, while Outcast plunges you into the warrens, canyons and arches of an alien edifice, and Perdition takes players into the heart of an urban sprawl, with tactical speed and situational awareness its key features.

Download the Season Pass as soon as November 6th to prepare for the coming months of DLC goodness! Also, be sure to check out the new Halo 4 gameplay launch trailer now available to watch on Halo Waypoint (we’ve provided it below, along with new screenshots, for your convenience)!