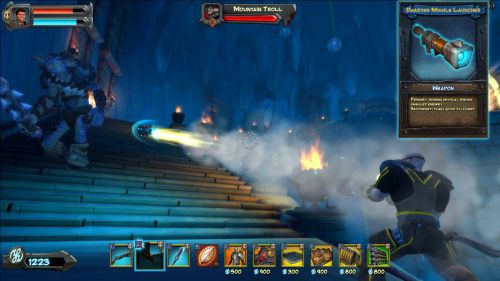 Orcs Must Die! 2 has gotten another piece of DLC, errr, booster pack.  The latest piece of content is called Are We There Yeti? and features three new ice themed levels and new creatures including a Yeti.    In the spirit of Halloween the pack also includes new community inspired skins for the War Mage and Sorceress to mix things up.  This is the third piece of content released for Orcs Must Die! 2, which features two player online co-op.

The content will be available for the game via Steam on November 1st and will cost $4.99.