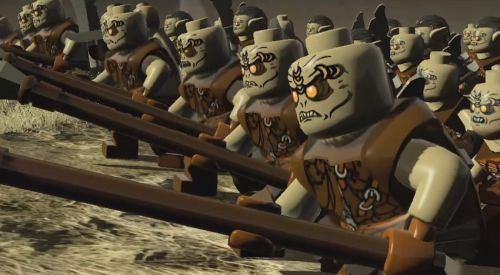 The latest Lego Lord of the Rings trailer gives us a glimpse of the charming humor that has become a hallmark of the franchise. The Lego games have handled several beloved franchised remarkably well. We expect Travelers' Tales to treat the lore of LOTR with the same care.

The new game will feature an open-world Middle Earth for characters to explore. Like Lego Batman 2: DC Super Heroes, the game will also feature character dialog. It should be fun for the whole family. You can see the video after the break.

Lego Lord of the Rings supports two player local co-op. It will be available on the Xbox 360, PlayStation 3, PC, and Wii on November 13, or about one month ahead of the Hobbit film.  You can enjoy the portable version now.