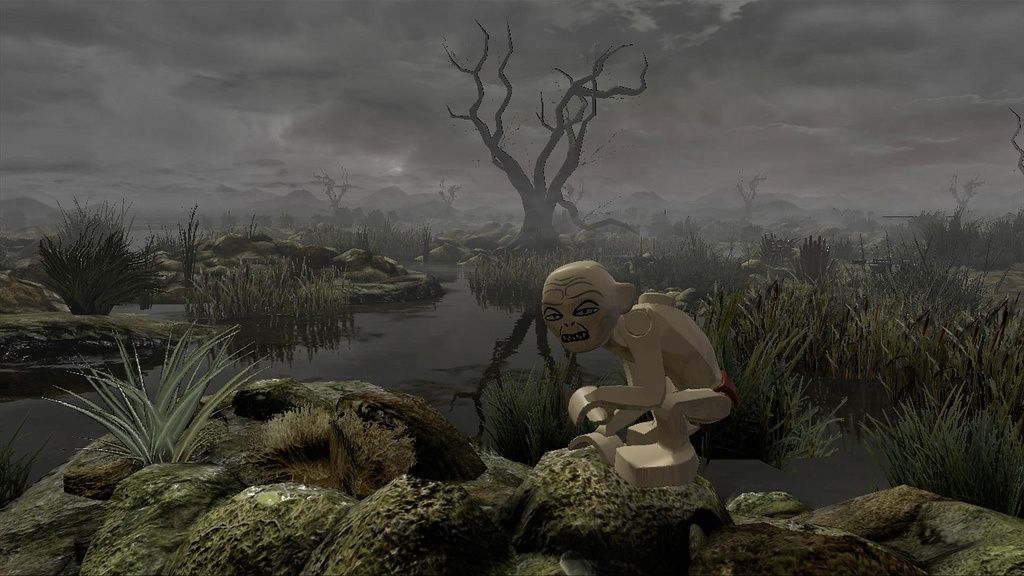 Many of us are still knee-deep in LEGO Batman 2, but Traveller's Tales is already hard at work doing the only thing they know: making another LEGO game. Luckily LEGO The Lord of the Rings looks just as ambitious as the last entry, with an amazing 85 characters and fully-voiced story sequences taken from the movies of the same name. One of those characters, Gollum, can be glimpsed in his kind of goofy-looking glory in this new batch of screenshots.

If you ask me, the previous batch of shots looked a little more impressive, but that doesn't mean these screens aren't suitably atmospheric. The designers have certainly captured the gloom of the Dead Marshes nicely, regardless of the little monkey thing mucking up the image. And hey, Legolas! Now there's a guy I'm looking forward to shooting some orcs with.

LEGO The Lord of the Rings supports two player local co-op. The one game to bind them all launches on September 25th for the Xbox 360, PlayStation 3, and the Wii. Check out our E3 hands-on preview or the recently-released Gamescom trailer for more details.