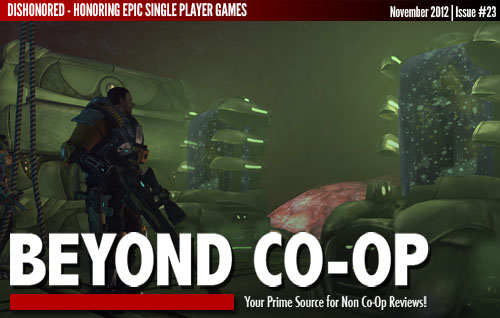 Welcome to another edition of our Beyond Co-Op reviews - a somewhat monthly feature where the staff writes reviews of games that aren't necessarily co-op, but we know you might be interested in them anyway.  With the epic Fall season in full swing there's plenty of reviews to check out from all platforms - titles like XCOM, Dishonored, and Mark of the Ninja are just a few.