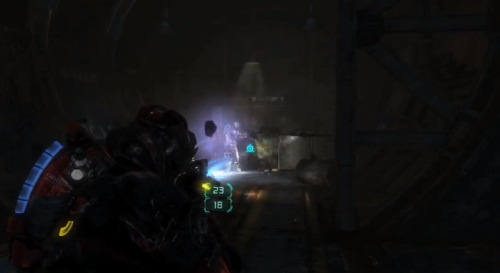 As the Fall gaming releases wind down it's time to start looking at the next big season of gaming.  Apparently that's going to be the late Winter of 2013 with a whole bunch of games hitting in the February and March time frame.  One such game is Dead Space 3, scheduled to hit on February 5th.  While we've been watching the game for months, wondering just how well co-op can work in a survival horror game, EA has been on a campaign to prove that it does work.

It's been sometime since we went eyes on with the game at E3, so the latest video from YouTube Channel Machinima bring some fresh perspective to the game.  They interviewed Chuck Beaver, producer for Dead Space 3 and talk about some of the unique aspects of the second character in the game - John Carver.  According to Beaver, Carver is experiencing a bit of dementia, causing him to hallucinate and see things that the Isaac Clarke's player isn't necessarily experiencing.

The interview also talks to some changes to gameplay, like a new cover system and a brand new weapons bench that lets you craft your own weapons.

Dead Space 3 is out on the Xbox 360, PlayStation 3 and PC on February 5th and features two player online co-op.