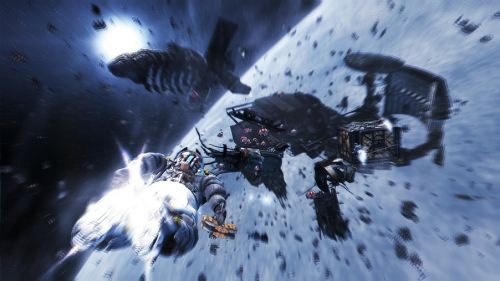 Dead Space 3 launches on Xbox 360, PlayStation 3 and PC on February 5th, but console gamers will be able to get their hands on a demo for the game on January 22nd.  Of course it wouldn't be modern gaming without some sort of hoop or pre-order bonus for access, so if you want to check out the demo a week early on January 15th, you'll need to head to http://demo.deadspace.com and sign up for early access.

In other Dead Space 3 news, the achievements for the game have leaked and there looks to be five co-op specific ones.  The full list is available here [warning, spoilers], but we've listed the co-op only ones below.

From the Jaws (10)
Save your Co-Op partner from an execution by killing the attacker.

Ghosts of the Past (25)
Face all of Carver’s demons by completing all Co-Op only optional missions.

Finally EA have released a almost 4 minute trailer which brings you up to speed on the events in the Dead Space universe.  If you haven't finished the first two games, this is a great way to get brought up to speed.  Dead Space 3 supports two player online co-op through the game's story mode.