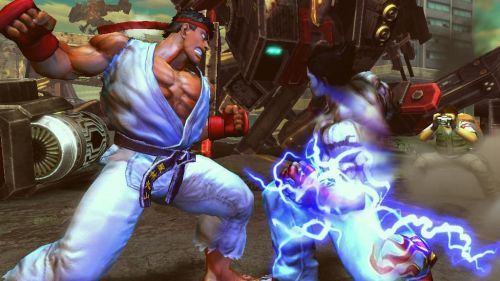 Fans of Street Fighter X Tekken, listen up! Next year, Capcom is scheduled to release a new balance update. Not only for a large assortment of gameplay issues, but also for a few specific characters in desperate need of fixing.

On the Capcom-Unity’s blog, development team member, Tomoaki Ayano, described an upcoming Street Fighter X Tekken update scheduled to hit online next month for the “2013 version” of the game. Through this update, three fighters will be receiving specific balancing changes to help level out the fighting experience: Ryu, Dhalsim, and Bryan. As any fighting game guru should know, the biggest concern for any type of patch should be any character move changes being implemented; it can make or break their ultimate usefulness. Capcom has heard your feedback and has addressed particular move that seems to be a bit over/underpowered.  Read on for what Ayano’s blog post had to say about the move changes and prepare for what they might hold in both co-op and competitive play:

Originally, this powerful move posed the triple threat of having good reach, being fast and cancelable. Even with an increase from 5 frames to 7 frames on start-up it’s still a powerful move, but with this we’re able to balance it out while still making use of Ryu’s strong command of ground-based crouching attacks.

Since launchers enjoy the benefit of invincibility against crouching attacks in SFXTK, I recommend exploiting that perk when facing off with Ryu!

This powerful move hits crouching opponents when executed while ascending, and then can be Switch Canceled into a partner change which could lead into a powerful combo.

Despite a damage reduction from 100 to 80 it still chains to a combo, maintaining its status as a game changer in battle. However, we’re considering upping the risk to you in instances where an opponent blocks this move when it’s Switch Canceled.

By no longer being able to hit airborne opponents we’ve reduced the amount of combo damage, but we’re also going to make it easier to execute Bryan’s various throws, thus increasing your options in advancing on opponents.

Aside from this, we’ve gotten a lot of feedback regarding Bryan’s crumple options—all of which we’re carefully considering for the Ver. 2013 release. I assure you, we won’t disappoint!

Finally, Ayano wants everyone to be aware that the Street Fighter X Tekken team has and will continue to keeping a close eye on all of the community feedback they’ll receive in the future. Keep up the critiquing, people! Fighting games can only get better and better through these patches!