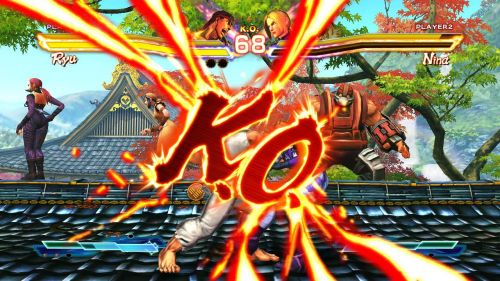 These days, Capcom seems to be doing a lot more work to mend their much wounded relationship with their customer base. Most recently, many PC Street Fighter X Tekken players have expressed their desire to receive the same content that their fellow console gamers have owned since 2012. Apologizing for the long delay, Capcom revealed that the latest DLC for Street Fighter X Tekken will be coming to PC players on February 6th.

This DLC will essentially catch PC players up to the current console iterations, including “all of the remaining DLC” that has existed since July of last year on the console versions; a 12-character expansion pack. Capcom has issued a generous price cut of the initial $20 character addition for only $5 during the first two weeks after February 6th. Beyond that, gamers will have to pay up for the originally intended price tag. We’re sure PC fans have been waiting quite long enough, so don’t let this opportunity slide!

Additionally, Capcom has also reassured gamers on the highly sought after “Version 2013” update that was pushed back from its January release. It has been delayed twice thus far, but we have high hopes that the update will not need much more room to finish up and finally enter the mainstream. The publisher’s latest statement said:

We can confirm that development is continuing on version 1.08 (aka Ver. 2013). While we don't have a specific timeframe yet, the team is very aware that the DLC for SFxTK has taken longer than usual to be released and is working hard to try and reduce the amount of time you will have to wait.

PC Gamers: please be sure to grab that discounted Street Fighter X Tekken DLC while you can and take advantage of the rare generosity from Capcom (maybe the trend will catch on?).