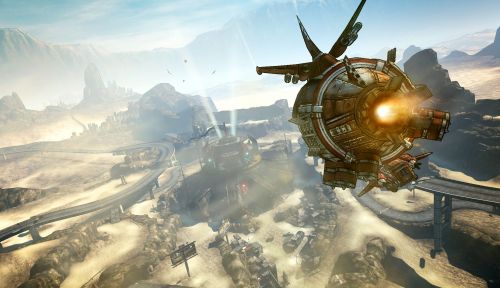 Ok. We get it. Borderlands 2 is a badass game. It's got badass guns, badass enemies, badass characters, and even a Badass Rank (which spontaneously resets itself from time to time). I love me some Borderlands 2, but I think I'm over all the badass stuff. It's kind of played. Just look at this AMA Gearbox writer Anthony Burch did for Reddit yesterday (in character as Mr. Torgue). It's kind of fun while simultaneously being kind of dumb.  I like it, but I'm ashamed of myself for liking it. I guess that's the point.

I have "Mr. Torgue's Campaign of Carnage" downloading as I write this. Or maybe I don't; you'll never know. Either way, I'm going to play that sucka and see if all the badassitude is wearing thin, or if it's just badass enough to keep me interested. Let's take a look at the launch trailer and see what Mr. Torgue has in store for the Vault Hunters.

We'll have our co-op impressions for you after the holiday break. I'm sure there will be plenty of new badass missions, new badass enemies, new badass weapons, and hopefully a badass raid boss or two that requires badass cooperation.

"Mr. Torgue's Campaign of Carnage" is available now for download now on PC, the Xbox Live Marketplace, and PlayStation Store. It's priced at $10.