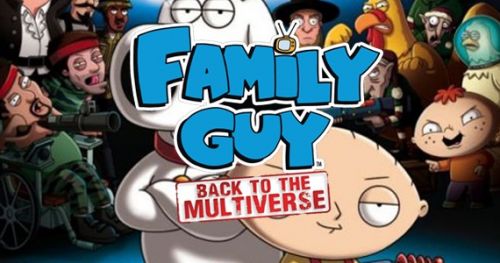 It's quiet in here today, almost as if there is some sort of holiday going on in a distant part of the world.  That does not stop Family Guy: Back to the Multiverse and it don't stop me.  Check out the launch trailer for the upcoming 2 player local co-op game that launched in the US on Tuesday and is in store UK style on Friday.

The Family Guy launch trailer is packed with the sort of jokes that will please fans of the show immeasurably, but also reaffirm the opinion of those that hate it.  Available on 360 and PS3, the game looks like it is going to be as crass, mad and bad to know as the show itself.  See how many in jokes and characters you can spot in this 60 second trailer: