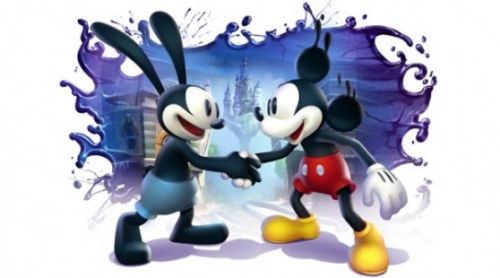 A big deal was made out of the original Epic Mickey's moral choices, but in actuality how you interacted with the game had little impact on the conclusion.  Epic Mickey 2: The Power of Two looks to remedy this by reinforcing the importance of Mickey’s magic paint brush in the sequel.  Will you create a new world by painting, or destroy the old by using thinner?

Due November 18th across PS3, 360, Wii and WiiU, Epic Mickey 2 is a local two player co-op game that combines the platforming and action of the first game with an added pal.  The game has developed from the original's Wii roots, but still looks a little naive in places, but the Skylander style aesthetics should appeal to the family crowd.

With 360 and PS3 struggling for none Kinect games that are both decent and suitable for a family to play together, Epic Mickey 2 may just be one of the games to buy this Christmas.  Check out the brand new trailer to get an idea of what the game has to offer.