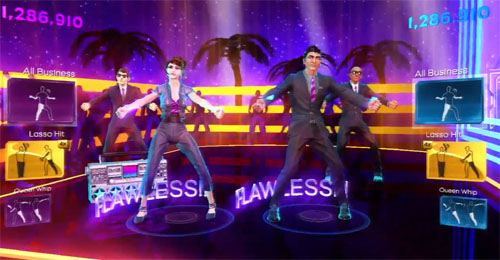 As we all know, new songs are the lifeblood of singing and dancing games, such as Dance Central 3, released back in October. Have the game, but you and your local co-op partner are lamenting the fact that you can't bust some moves to Nicki Minaj's "Whip It?" Don't worry, Dance Central 3 has heard your pleas. This month, tracks from Nicki Minaj, Pitbull, the Wanted, and Flo Rida are hitting the Xbox Live Marketplace and Dance Central 3 Music Store. Titles, dates, and difficulty levels are as follows:

Single songs will be available for 240 MSP, or you can purchase the "Pitbull Pack 01" for 400 MSP which contains both Pitbull songs, saving you a buck (or 80 MSP, if you don't like mixing your real currency with your imaginary currency).

Dance Central 3 supports 2-player local co-op. The DLC will, of course, require the game and all the components required to play the base game.