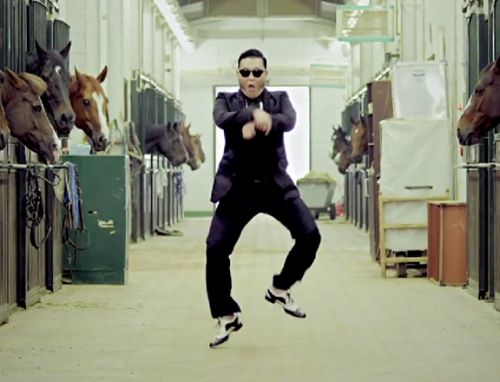 In our Dance Central 3 Co-Op Review, I couldn't help wishing the game had included the popular song 'Gangnam Style.' The song and music video by Korean K-Pop artist PSY is not only incredibly popular all over the world right now, it even has its own distinctive dance. Surely 'Gangnam Style' would make a killing as DLC. Thankfully Harmonix has listened to the roar of fan requests. Joystiq reports that not only is 'Gangnam Style' coming to Dance Central 3 as DLC, but so is Carly Rae Jepsen's 'Call Me Maybe.'

Harmonix has not announced an actual release date for either song, but they do promise the songs will feature authentic choreography. Considering how beloved the actual 'Gangnam Style' dance is, authenticity matters! The developers also teased a few more artists whose songs will be released as DLC in the future: Justin Bieber ("The Bieb!"), LMFAO, and One Direction. LMFAO is pretty popular around my home, so I'll probably end up grabbing whatever new song(s) of theirs make it into the game right away.

Note that Dance Central songs released within the next year, including the ones mentioned in this article, will require Dance Central 3 to play. They're not backwards compatible.

Do we have any other PSY fans in our readership? Just in case you haven't seen the videos fo these songs yet, here they are:

Dance Central 3 supports 2-player local co-op thanks to the magic of Kinect.