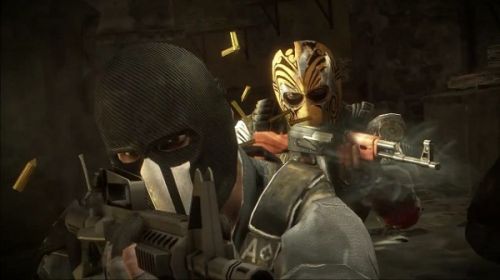 Another week, another Army of Two: The Devil's Cartel trailer.  This could only mean one of two things; either someone at Visceral Games has too much time on their hands and is producing loads of trailers, or the game must be ready for release pretty soon.  Let's assumes that it is the latter as this 2 player co-op title will grace the PS3 and 360 from the 26th of March.

This time the trailer is called 'Explosive Encounter' and shows off some of the grenade action that you and a friend will be partaking in very soon.  The Army of Two series has always been a favorite here at Co-Optimus Towers and once again the series looks to deliver an experience catered specifically for the co-op player.

Check out the trailer yonder: