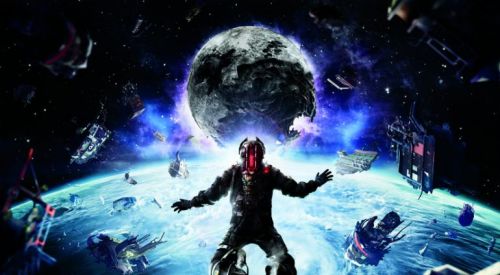 The Dead Space 3 launch trailer is here, and boy, is it pretty. In case you've been ignoring all Dead Space-related news since last summer's E3, you should know that this is the first time the sci-fi survival horror title will support cooperative play. Nick and I recently played through the now public cooperative demo, and we both were impressed by the game.

The latest trailer features the series' protagonist, Isaac Clarke,  stomping his way through a blizzard. He's solo for this journey. There's no sign of his co-op partner, John Carver. I'll just let you watch the rest.

Looks like Isaac's about to save the human race with little more than a power tool and a sweet helmet. Sounds good to me. I recently finished the first Dead Space and I'm about five minutes into the sequel, so I'm more than a little excited. I actually get some of the video's references!

Dead Space 3 supports two player online co-op. From my experience with the demo and series I think players who go it alone will have a much different experience than co-op partners. The game will release on the Xbox 360, PlayStation 3, and PC next week, on February 5. The cooperative demo is available now.