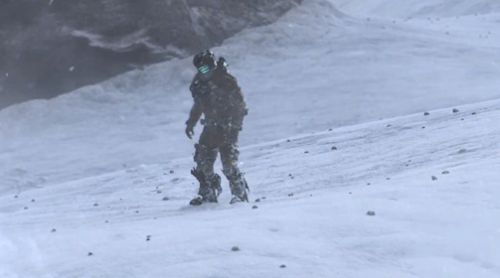 We've got a plethora of Dead Space 3 news for you today, some downright cool and some downright controversial.  While the previous Dead Space games were known for their ability to isolate you, making you feel lonely and helpless, the new game is allowing you to bring a buddy along for the ride in its two player online co-op mode.  But that's not the only way you can get help - an extensive list of resources can be purchased via micro-transactions.

Destructoid has revealed the full list of DLC available for the game, along with the prices.

While we've been told that most of these items will be able to be earned just by playing the game, those of you with time constraints and fat wallets can fork over some credits and lessen the burden this survival horror game places on your stress levels.  The list of DLC also reveals the game will require an online pass, something that should be familiar to gamers this generation.  Still, taking out the online pass if you'd purchase one of everything - that's over $50 worth of DLC - on a $60 game.

Of course everyone "up in arms" about this whole thing has short term memory loss.  The original Dead Space and Dead Space 2 had similar sets of DLC which gave you fully upgraded suits, weapons and more for similar prices.   EA has been doing the cheats for cash thing in their sports series for years, allowing you to fully upgrade player stats if you didn't have the time to commit to it. This DLC list above also doesn't include something that Eurogamer has uncovered, apparently the Dead Space 3 team is already working on downloadable story content.  It's unclear whether or not that'll be free, but producer Steve Papoutsis has said "We're not saying much, yet, but think 'disturbing' to get your imaginations going."

Papoutsis has also let the cat out of the bag on the game's hardcore mode.  Just how hardcore is it?  Gamers will have one life and one chance to make it through Dead Space 3.  I'm guessing you'll want to bring your co-op partner...or your wallet along to complete that task.

Dead Space 3 is out on February 5th on the Xbox 360, PlayStation 3 and PC with two player online co-op.

You can still pre-order from Amazon and get $20 credit towards you next videogame purchase.