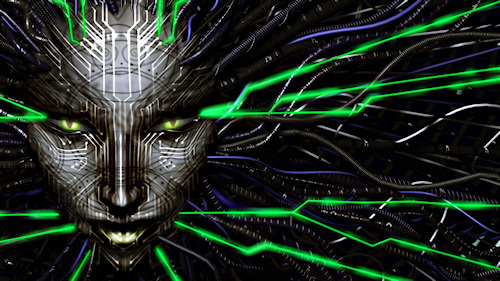 It's classic gaming time! GOG.com has just released System Shock 2, the spiritual predecessor to BioShock and one of the first games that made everybody stand up and nod approvingly at Ken Levine. Set in a dark cyberpunk world, System Shock 2 combines first person shooting and survivor horror elements with an intricate character customization system, giving players an enormous amount of freedom to tinker with skills like hacking, psionic powers, and good old fashion gun shooting.

Co-op play allows up to four players to tackle the main campaign together. The game was designed with a tense, foreboding and solitary sort of ambiance in mind, however, so first time System Shock players should consider doing a solo run before inviting friends in on the fun. Don't want to risk spoiling this masterful piece of storytelling with people shouting profanities at each other.

Both System Shock and System Shock 2 have dominated the GOG Community Wishlist for ages, so this release isn't much of a... shock to anyone. There are a number of fan-made mods that spruce up textures and fix a few other issues for the modern gamer's comfort. There is no shame in trading up from those craggy polygons, the important part is that System Shock 2 is played and thoroughly enjoyed. It's an impressive game, even a decade and a half after its original release.